Mark's Note: Today's post is by Erwin van der Koogh, who comes to us from Australia. The thoughts and opinions here are his, although I agree with enough of it to publish it here. I'll be participating in the discussion via comments and I hope you'll join in.

The one thing that Lean Six Sigma got wrong can be summarized in three words:

In 2002, Michael George and Robert Lawrence Jr. published Lean Six Sigma: Combining Six Sigma with Lean Speed, a book that started a revolution that quickly took hold in boardrooms around the globe. Total Quality Control and Six Sigma had always appealed to senior managers, but now it came with the added bonus of increased speed and reduced cost. It was a very welcome addition in the post “dot-com bubble” era and was always too good to be true.

My beef with Lean Six Sigma, however, is that as far as I can tell there is almost nothing in there that resembles the Lean I know and love.

Now before we delve into the common misconceptions that surround Lean, I want to make it really clear what I mean when I mention Lean. With it, I mean the version of Lean as taught by or influenced by people like Taiichi Ohno, W. Edwards Deming, Russell L. Ackoff, Jeff Liker, Tom & Mary Poppendieck, Donald Reinertsen, and countless other Lean experts I listen to and have worked with. Lean is based on a long-term vision, exceeding customer expectations, holistic thinking, creating flow, and respect for people.

When I talk about the version of Lean that isn't all that Lean, as popularised by Lean Six Sigma, I'll just call it “Six Sigma.”

Lean is all about quality

One of the core assumptions by Mike George and Robert Lawerence was that Six Sigma was all about quality and Lean about speed. This couldn't be further from the truth.

“Build a culture of stopping to fix problems, to get *quality* right the first time.”

It gets worse though. Six Sigma has a very limited concept of quality. It is mostly about the absence of defects, as they describe:

“The Six Sigma program is in place to eliminate any abnormalities, failures, or defects that occur within a given process”

Quality, however, is so much more than just the absence of defects, it is about meeting and exceeding customer expectations.

Lean is not about speed or even reducing waste, but reaching customer outcomes

Ask most any manager what Lean is about and they will tell you it is about removing waste. Now if removing waste was of such importance, don't you think it would have made at least one of the 14 principles of Toyota's management system as documented in The Toyota Way? Go check for yourself. There is nothing there about waste.

As I mentioned before, Lean is about meeting and exceeding customer outcomes. And for Toyota, the cost of the car happens to be a very important customer outcome. Which is why they invest such an insane amount of time in reducing waste. But for Toyota reducing waste is a tool, not the goal, which is cars that provide great value for money.

Removing waste or reducing defects might do very little for your specific circumstance and should never be the goal. Ask instead: what do you want to achieve for your customers?

Lean isn't about belts and ranks, but about every single employee

Six Sigma has a system with rank and belts. The more training you have received, the higher your rank or belt, which is just like Judo or Karate. You start with a white belt and work up your way to a black belt and beyond. In Six Sigma, a ‘Lean Deployment' is a process where, in a few weeks or months, a few experts in the process and Six Sigma redesign the process (or subprocess, the horror) to reduce waste and errors.

This is in complete contrast to the Lean principle of “respect for people.” Here are just a few snippets from the “Toyota Way” principles list:

To underscore just now important human beings are in any Lean organisation, Toyota has recently been replacing a portion of their robots with humans. They've done so because humans can learn and improve.

And this is in a very predictable industry, car manufacturing. The major variable is how many cars of what model to produce, with which options. It is very likely your organisation is surrounded by a lot more complexity than that. Human beings can deal exceptionally well with complexity (and other human beings) if you let them, robots cannot.

Redesigning a process without the input of everyone involved and giving the new standard to all your employees, maybe even putting up a process flow diagram on the wall, is not a good example of respect for people. And it certainly does not tap into the knowledge, wisdom, and experience of your workforce.

Lean is not a project, but a deep, company-wide, culture change

I would be very happy if I never have to hear about another ‘Lean Deployment' again. The idea that you can improve the whole by improving a process was proven to be wrong in 1965 by Robert Machol in his book System Engineering Handbook.

The only way you can improve your organisation is to get everyone to work on improving the whole. There are quite a few things that need to change for that to occur. Every employee will need line of sight to your customers and everyone needs to understand how the whole process is performing. And most importantly, we have to accept that for the whole to be optimized, we need to accept that some parts are not optimized. All of these require a thorough cultural change in your entire organisation. Do you have one person who is responsible for the entire process from a first lead to delivery? Is it the CEO?

The only way you can improve your organisation is to get everyone to work on improving the whole. Click To Tweet

Lean is not about making numbers, but long term vision

A few years ago, I observed a meeting with Lean Six Sigma experts to figure out what to tackle next.

On the table were a few possible projects they wanted to tackle with one project having huge projected benefits. It was a major pain point for customers, regulators were very concerned about it, and it was very possible that bad decisions were being made all over the company because of the bad data that was being supplied.

Imagine my horror when the first order of business was to get rid of that project because they needed to realize at least $1M in savings this quarter. It was too hard to quantify the dollar value of the benefits even if they could deliver the project in time.

Lean principle #1: “Base your management decisions on a long-term philosophy, even at the expense of short-term financial goals.”

Lean is not about processes, but about creating a learning organisation

But by far the most important issue is that Lean is not even about processes. Processes are a great tool to become a learning organisation. That should be the goal for every organisation that is trying to stay relevant in the current economy. The increased pace of change, the disruption and complexity are all certainly going to continue, and they will very likely accelerate. The only real competitive advantage left in this century is adaptability. The one prerequisites for adapting? To be continually learning.

Six Sigma has its place to help improve certain processes, but to survive & thrive in the 21st century we need to look beyond ‘Lean' Six Sigma and start getting real about real Lean. 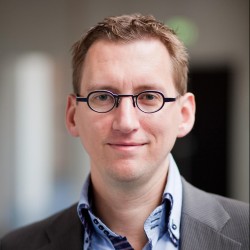 Erwin van der Koogh
Erwin van der Koogh is a principal consultant at Elabor8 (http://www.elabor8.com.au) in Melbourne. His passion is in helping grow amazing organisations. Unfortunately, there is no blueprint for creating amazing companies. So, to draw inspiration to help his organisations and clients, Erwin is an active member in many improvement communities such as the Agile, Lean, Beyond Budgeting, Systems Thinking and Complexity Science movements. Erwin is currently setting up a new site: http://21stcenturymba.com to share what he has learned in those communities and during his research of amazing companies such as Spotify, WL Gore, Buurtzorg and Svenska Handelsbanken. You can follow him on Twitter here: @evanderkoogh