It Might Be Bad Design If Instructions Are Required…

… or if it's too easy to make mistakes.

. Not strictly a Lean book… even if you're not a product designer, the book teaches great lessons about how controls should be intuitive and visual. I guess the one lesson is to “not blame” the user and, as Lean people, we should focus on the design of the system, not the individual (often easier said than done, I'll admit).

When I was in the Netherlands last week, my one hotel had some pretty confusing light switches and I can't blame a language barrier. One of Donald Norman's rules of thumb is that any controls that require instructions are too complicated…

The light switch inside the door was like this: 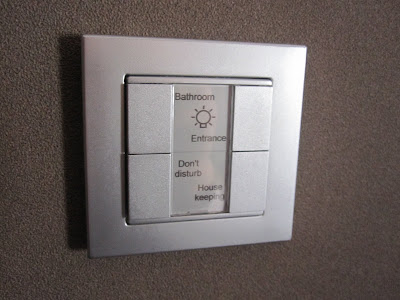 The button labels just barely map to the buttons themselves. And on the headboard was worse: 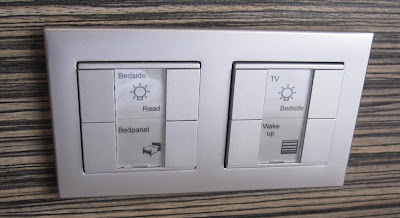 The button with the picture of the bed was the “go to sleep and turn off all lights” button, it turned out. Very confusing.Sure enough, there was a full page sheet of laminated instructions on the desk for operating the lights: 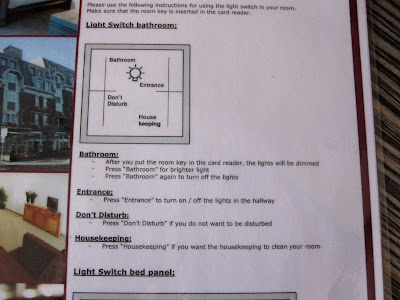 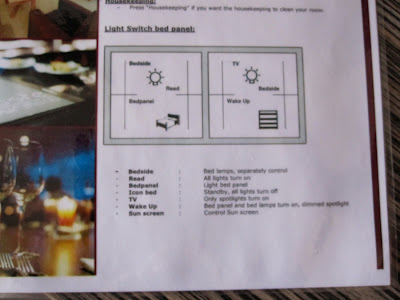 Many pieces of equipment in factories (or hospitals) have confusing controls. Maybe our organizations should be more demanding and NOT buy equipment that's not designed to be intuitive.

A book I'm in the middle of right now (and will review) is Why We Make Mistakes: How We Look Without Seeing, Forget Things in Seconds, and Are All Pretty Sure We Are Way Above Average

. In the book, one example of systemic error and unintuitive controls comes from the hospital world. The field of anesthesiology got much safer when, among other improvements, hospitals started standardizing the equipment.

For a long time, there were two major makes of the machines that delivered the anesthesia – essentially Ford and GM, if you want to think of it that way. The models were similar except for one key difference: on the Ford, the valve controlling the anesthesia turned clockwise; on the GM, it turned counterclockwise. Sometimes, anesthesiologists became confused about which model they were working on. They turned the valve the wrong way. The cure was to standardize the machines, so that they all turned the same way.

The field had to move away from blame… they had to look for systemic improvement, as the anesthesiologists:

…began using checklists so they wouldn't forget to do important things. They also engaged in some attitude adjustment. They began discouraging the idea of doctor as know-it-all, and encouraged nurses and others to speak up if they saw someone – especially the anesthesiologist – do something wrong. In error-speak, this is known as “flattening the authority gradient,” and it has been shown to be an effective way to reduce errors. In all, these changes required that anesthesiologists acknowledge their own limitations and then do what few of us have the chance to do: they began redesigning their work environments to fit those limitations….

…results have been profound. Over the past two decades, patient deaths due to anesthesia have declined more than forty-fold, to one death per 200,000 to 300,000 cases from one for every 5,000 cases. Their malpractice premiums have also declined – while those of other types of physicians have continued to rise.

Anyway, not a strictly “lean” topic, I guess, but interesting to me…