How 200 Jobs Were Saved by Engaging Employees in Continuous Improvement

By Jess Orr On May 17, 2018 Last updated Jan 5, 2019
7
Share FacebookTwitterLinkedinPinterestEmailPrint

As a continuous improvement practitioner, I recently faced a challenge that seemed nearly insurmountable.

One of my company's assembly plants had been struggling for years with progressively decreasing productivity. Also, there was an increasing number of quality issues, customer complaints, and production overtime, and employee morale was plummeting. In the past three years, four different general managers and multiple outside resources had unsuccessfully attempted to improve the plant's performance over the past three years.

Now, the plant was in danger of being shut down when the customer contract expired in three months. But one of our vice presidents believed that the plant could be saved, and he asked me to help lead this effort.

The challenge was unlike any I had previously faced in my 12 years in industry — a true turnaround situation with a high likelihood of failure. How could we possibly achieve the results needed in just a few short months? I remember placing my head in my hands at my desk, feeling the weight of 200 jobs on my shoulders. However, I believed we owed it to our people to give it our best effort. The following outlines some of the highlights of the next steps that were taken.

Go to the Gemba

To know where to focus the efforts, I first had to gain a true understanding of the current situation. I spent a week at the gemba – walking the production floor, observing, and interacting with the workers.

Safety and basic 5S were two immediately obvious gaps. Work-in-process materials and trash cans blocked the walkways, and broken pieces of pallets littered the floor – some with rusty nails protruding. I was dismayed to find a worn, frayed extension cord in use. I quickly resolved the situation by discarding the cord and found a replacement. Trash, random tools, and even product from the previous order were present on lines that were supposedly cleared for the next product run. Whenever I encountered one of the many pieces of trash that littered the walkways, I made a point to stop, pick up, and dispose of it and encouraged the plant leaders to do the same. We had to model the behavior we wanted to see for our employees.

I noticed a high level of frenzied effort was being exerted as everyone desperately tried to improve their productivity. Unfortunately, this often resulted in quality issues and rework due to the inevitable mistakes caused by rushing. As I spoke with each of the operations leaders, I found that they were highly motivated to improve the conditions, but they were overwhelmed by the constant chaos and increasing external pressure to increase productivity.

Now that I had a good grasp of the current situation, it was time to get to work.

Given the dire conditions in the plant, it was obvious that a handful of people would not be able to make a significant impact. However, if we could engage the 200 plant employees in continuous improvement, we might just have a chance at success.

We formed a leadership steering team to help focus and guide the effort. Before we charted our course, however, we needed to begin by setting a vision. At our first team workshop, I began with a question.

After a lengthy silence, one person finally spoke. “To improve our productivity,” he said.

I replied, “Let me ask a different question. Why do you all come to work?”

“To make money, of course,” the warehouse manager responded.

“Okay. And why do we want to make money?” I probed.

A pause. “To support our families,” someone said.

“Ah. So we come to work to support ourselves and our families. Is that right?”

Every head nodded. I wrote on a flipchart:

Our ‘Why': To ensure security for our jobs, our families, and ourselves.

I turned to the group and asked, “Can we get behind this?”

Heads nodded vigorously. “Good,” I said. “I can promise you that by doing the right things and focusing on the process, our productivity will improve as a byproduct.”

There was another message the team also needed to hear. They had been under scrutiny and pressure for years on their low productivity, and it had become part of their identity. They needed a new mental model of themselves.

“I want you all to know something – I believe that this team has the motivation and capability to save this plant.” I looked each person in the eye. “I know we can do this.”

It was a defining moment that set the tone for the rest of the effort. They had caught the vision – now, it was time to execute.

Focus on the Critical Few

A motivational logo was created that incorporated our goals, areas of focus, and our foundation of Safety and Respect for People. Each member of leadership signed a large poster of the logo to show their commitment to the plant.

DMS is truly the foundation of a high-performing operation. We had to know daily how we were performing to target as well as identify and respond to gaps. Key process indicators and targets were identified in each area of the operation, and once a week the leaders of those areas reported-out on their metrics, gaps, and corresponding actions. Through DMS, we promoted ownership of the areas of responsibility, and it gave the plant manager and I an opportunity provide guidance and coaching.

One of the earliest and most critical activities were our daily leadership gemba walks. If we were to understand and respond to the current situation on the floor, this required that we be present on the floor to see and understand these opportunities. Each member of leadership committed to these walks, and we kept a visual tracker to hold ourselves accountable. The purpose of the walks was not to point fingers or assign blame, but rather to look for opportunities to coach, provide resources and support, and encourage good practices.

We modeled the behavior we wanted from everyone by resolving issues immediately when possible, including simple actions such as picking up trash and debris. It was effective – within just a few weeks, I could not find any trash to pick up. We communicated through our actions the importance of a clean and organized workplace, and this message encouraged the frontline associates to take pride and ownership of their areas. The walks also provided us with an opportunity to guide, coach, and solicit ideas from the production associates.

During our walks, we found that basic Lean manufacturing principles were not being applied. The wastes of overproduction and waiting were abundant. However, we could not ask our employees to follow processes without training them first.

A divisional trainer was brought in to teach lean principles for all the lead associates. A plant leader had the idea of having a friendly “Leanest Line” competition where teams would compete against each other in a production simulation. We timed them as they ran an inefficient process, then gave them time to collaborate and apply the methods that they had recently learned. When we timed the production ‘run' again, the lines became nearly 50% more efficient. Everyone received a reward for participating, but the “Leanest Line” earned plant bragging rights. In this way, we provided the team members with a safe environment to practice their newfound skills.

We ensured that the employees' truly understood and applied these lean principles by providing consistent, daily coaching.

During our gemba walks, we actively solicited ideas from our process experts – the employees doing the work each day. We found a wealth of opportunities on how to improve the processes. For example, one of the set-up leads came up with a simple idea that saved his crew over two hours per day. Another supervisor pointed out that there was a problem with missing and/or insufficient supplies and tools. She suggested that we have tool boards at each of the production lines.

We guided several associates in the design and build of two prototype tool boards and added an element of fun by having them each pick a color of duct tape by which to color code the tools to each board. It was a success. I have never seen a more sustained and disciplined use of tool boards, and I attribute this to the active engagement of the process experts in the development and deployment.

One of the most tangible signs of employee engagement and ownership occurred during a day-long kaizen workshop focused on improving one of the most inefficient product lines. About midway through the event, I realized that I was no longer facilitating it – the employees had taken over! They improved the efficiency of the line by over 30%, and at the wrap-up, a supervisor volunteered to facilitate the next event himself.

The culture was beginning to shift, as evidenced one day when I congratulated the first shift supervisor for exceeding his production goals that day. This individual had initially been rather apathetic about the plant performance, but his response to my congratulations inspired hope of change.

“Thanks,” he replied. “But we left a lot on the table, and we're going to get it next time.” His face was set with a look of determination.

Even more so than the metrics, this exchange was a critical indicator that we were on the right path.

The Right Process Leads to the Right Results

The path to improvement was not linear. The numbers would begin to climb, and then they would slide backward. We would reflect on what happened, and countermeasure the root causes with diligence and patience. I found my role transition from a guide and trainer to that of a coach as the team grew more experienced.

Within just three months, the plant became profitable and improved its productivity by over 25%. Our leadership decided to keep the plant open, and the future of over 200 employees was secured. They had saved themselves.

When our leadership came to visit the facility, I could not have been more proud as individual team members led the leaders through the improvements they had made. When I walked out the door of the plant that evening, I knew that the plant would continue its journey of continuous improvement long after I was gone. The engagement and empowerment of the employees had not only saved their jobs but had also transformed the culture. 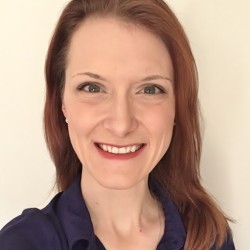 Jess Orr
Jess Orr is a continuous improvement practitioner at WestRock, a large paper and packaging company, where she helps plants foster a culture of continuous improvement and employee engagement. Her experience includes working directly for Toyota Motor Manufacturing Kentucky. She is particularly passionate about sharing best practices across industries, which motivated her to found Yokoten Learning (www.yokotenlearning.com).

The Making of an MLB Phenom, Shohei Ohtani: Looking at The Harada Method