Kaizen Coaching – The First Rule: Keep Ideas with the Creator

Mark's Note: Today's guest post is by Joe Swartz, my co-author for the books  Healthcare Kaizen  and  The Executive Guide to Healthcare Kaizen. Joe will be a regular contributor in the future and I also did a  podcast  with him about his experiences at the Franciscan St. Francis Health System. Also, check out  this video about their Kaizen approach. You can also read  a journal article we co-authored.

A few months ago one of our new managers asked me, “Should Kaizen take four to eight hours of my time each week?”

That startled me, because I knew she managed one of our smaller departments.

So I said, “Tell me about your Kaizen coaching sessions.”   She said, “My employees come to me with an idea and I add it to my ‘To Do' list.”

“Ooooh!” I said, in my outside voice, wishing I had kept that inside.

She looked at my eyes and lowered her eyebrows.   I thought, this is proof we need to do a better job orienting our new managers to Kaizen.

I said, “Who has more energy, excitement, and ownership around each idea – you or the creator of the idea?” She looked at the ceiling for a moment and said, “The creator.”

“Yes,” I said, “So, if keeping an organization energized is important, who should implement that idea?”   “The creator,” she said.   “You've got it,” I said,

“Instead of taking on their ideas, we want you to keep each idea with the person who created the idea. Then, you can coach them on how they can implement their own idea.”

She accepted my coaching and a few weeks later she said, “Kaizen is taking much less of my time now. Also, my staff used to come to me with problems without ideas to solve them, and counted on me to solve them and implement the solutions.   Now, they are coming to me with problems coupled with ideas that they can implement with the help of others.   Now I am their coach.”

Managers tend to be action oriented and tend to want to eagerly take on all the improvement work, which leads to them getting overloaded.

One way to avoid taking on too much is to keep ideas in the hands of the creator of the idea. It also promotes ownership of each idea. It also forces employees to search for and identify solutions to problems, which causes them to learn and become better at solving problems and improving. Managers and supervisors should lead the Kaizens that they come up with, so they learn to do Kaizen themselves.   However, they should resist the temptation to take on implementing other's ideas. Instead they should coach and support.

The views expressed are those of Joseph E. Swartz and  do not represent the views of Franciscan Alliance or the Franciscan St. Francis Health System. 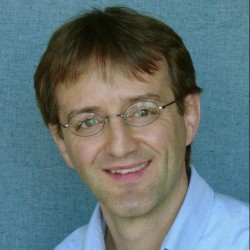 Joseph E. Swartz
Joseph E. Swartz is the Administrative Director of Business Transformation for Franciscan St. Francis Health of Indianapolis, Indiana. He has been leading continuous improvement efforts for over 20 years, including seven years in healthcare, and has led more than 200 Lean and Six Sigma improvement projects. Joseph is the co-author of Seeing David in the Stone and was previously an instructor at the University of Wisconsin. Joseph earned an MS in Management from Purdue University as a Krannert Scholar for academic excellence. Joseph is co-author of the Shingo Award-winning book Healthcare Kaizen and The Executive Guide to Healthcare Kaizen.

How Standard Should Standard Improvement Boards Be?

Kaizen Coaching: Avoid the Shut Down