Mark's note: I am thrilled to be able to bring you this guest post from my friend and fellow lean healthcare author

, Naida Grunden. Her post (and Sully's words) are far more important than anything I could write today. More about Naida at the end of the post.

At the 10th Annual HIMSS conference in Atlanta on March 4, Captain Chesley B. “Sully” Sullenberger, who famously landed his crippled Airbus on the Hudson River on January 15, 2009, described the lessons that medicine has to learn from aviation safety. In his address, Sully described the three key safety areas that have helped transform aviation safety over the last 30 years, but from which healthcare has not yet benefited. At several points in the address, Sullenberger also noted the congruence between these three key points and Lean philosophy and practice.

Briefly, the three requirements for a safety revolution are:

1. A national, non-punitive, independent incident reporting system. Any crew member may report any problem, potential or actual error to an independent agency – only one – and will be assured of a response and action. Lessons learned from this Aviation Safety Reporting System (ASRS) are disseminated far and wide to help others avoid the same problems. Captain Sullenberger pointed to medicine's chaotic patchwork of reporting mechanisms, some of which generate sanctions for the reporter, and heartily recommended an ASRS-like approach to reporting. Sullenberger points out that the ASRS is “much more than a reporting system: it's a rich and continuous source of data that constantly informs our procedures and training.” He called for such a system to be both manageable (very simple, user friendly) and well managed. (Lean designers, take note!)

2. Standardized work, and crew resource management (CRM). A safety expert long before the defining incident on the Hudson, Sullenberger was one of the first to instruct US Airways pilots in the 1980s in CRM – training that increases crews' effectiveness by allowing them to share the responsibility for a successful outcome. CRM flattens the hierarchy. It makes every crew member effective leaders and teammates, better communicators, decision makers, and risk managers. Sullenberger pointedly noted the analogy of “captain's authority” and “physician's autonomy.” Sullenberger described the bad old days of aviation, when captains were often cowboys or gods. But that attitude was finally dismantled when, through hard data, CRM showed that when pilots yielded some of their false “authority,” they became much more effective leaders. While many physicians naturally embrace such a leadership style, many cling to outmoded power hierarchies. CRM, a powerful leadership tool, should be part of routine and recurrent training for all healthcare workers and clinicians.

As for standardized work, Sullenberger pointed out that, while aviation has many complex systems, medicine has a lot more – and relying on fallible human memory to do the right thing every time is just “untenable.” He said, “If you think you're infallible, you're kidding yourself.”   Hence, the checklist. Sullenberger noted that the checklist is not a laundry list of “to do” items, but a way to make sure critical items get done every time, a way to create effective discipline, teamwork, and the behaviors that go along with it. Far from making participants into robots, a checklist paradoxically creates the flexibility to deal with the unexpected, as he and First Officer Jeffrey Skiles faced that January day. “The checklist,” said Sullenberger, “promotes teamwork, creates a shared sense of responsibility for the outcome, formalizes best practices, encourages two-way communication, and requires effective leadership and followership.   Who knew a piece of paper could do all that? ”

3. Culture change. In aviation or patient safety, the organizational culture has to support safety as a core business function, with all levels of management, and ultimately every employee, must be accountable for achieving the highest levels of safety. Although in this tough economic climate, it may be tempting to say that safety is “too expensive,” Sullenberger cited example after example where failures, errors, and mistakes were far more costly than getting it right the first time. Viewing the occasional disaster as “inevitable” is no longer acceptable. Saving lives, he said, will save money.

Sullenberger acknowledged the usual objections to drawing parallels between aviation and health care. Planes may not be as “sick” as patients, and medicine deals with more uncertainty. However, aviation deals with more uncertainty than is generally recognized. For example, he said, nobody could have predicted that his Airbus would hit a flock of geese 100 seconds after takeoff, giving the crew about three and a half minutes until “touchdown”…in the Hudson River. It took all of the training, crew resource management, standardized practices and discipline of every crew member to deal with that unexpected event and bring it to such a successful outcome. To those who doubt the parallel between aviation safety and medical safety, he said, “Patient selection simply does not explain away all – or even most – of the differences between the outcomes in my domain and yours.”

“After seventy-five years,” said Sullenberger in closing, “we [in aviation] have benefited from lessons learned at great cost, bought in blood – lessons that we now offer up to the medical profession for the taking.”

The question is this: Is anyone listening? 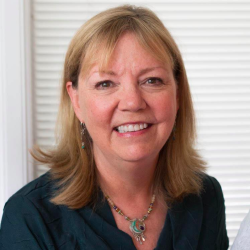 Naida Grunden
A professional writer for over 20 years, Naida Grunden has spent the last decade documenting Lean/Toyota improvements in the health care setting. Ms. Grunden also shares an interest in applying what has been learned in aviation safety and reliability to healthcare.

In addition to writing numerous general and academic articles, Ms. Grunden wrote the book, The Pittsburgh Way to Efficient Healthcare: Improving Patient Care Using Toyota Based Methods, which describes the work of the Pittsburgh Regional Health Initiative (PRHI), a small nonprofit organization, which began in 2001 to pilot Lean experiments in competing hospitals across Southwestern Pennsylvania. The effort produced some of the first genuine, on-the-ground evidence that a Toyota-based industrial model could work in health care.

Guest Post: The Time is Now for Lean-Led Hospital Design