Hi, this is Dr. Les Muda, the world's first (and only) Lean healthcare comedian, taking over Mark's blog today for a guest post about a new product I am very excited about – the Apple iPhone 5S.

First off, I haven't been doing too much stand up comedy recently, as you might remember from my video. I have been writing new jokes, but I have mainly been working very hard on our “Lean gene therapy” project at the Hartford Medical School. We've identified a number of genes, such as the genes that lead us to batch up work, to hoard supplies, and to blame others. We're going to replace those genes with “Lean thinking genes,” which we think will be a very exciting therapeutic breakthrough (pending FDA approval… I've probably already said too much).

Now, back to the ultimate Lean phone that I'm dying to get…

Of course, Lean thinkers like myself LOVE the 5S methodology. While some go overboard with 5S, people like myself apply 5S in our workplaces (well, not in my operating rooms, but in other places) and the home.

I've been 5S-ing my phone for years… and now we have the phone made especially for 5S – the iPhone 5S.

I never wanted to own the older iPhone 4S, because I thought it ignored the crucial principle of “sustain.” But, it was a good start. This phone remains on the market, but I implore you to buy the 5S, because “sustain” is worth the price. A free iPhone 4S without sustain? Worthless.

Here's a photo from my home office, with my phone and Ms. Muda's phone: I should have cropped out the 5S violation, now that I think about it. Nobody's perfect, not even Dr. Les Muda (except in my operating room, where my attorneys advise me to say that I am, indeed, perfect).

The phones of our children, Mura and Muri, are not shown because they are always holding their phones… that's essentially their home location and they won't let me tape or label their hands, the little brats (I mean, bless their hearts).

The iPhone 5S doesn't just have a faster processor and a creepy fingerprint scanner, it's built around 5S principles:

Sort: the iPhone 5S automatically deletes Contacts that you don't frequently use

Set in Order: the iPhone 5S automatically groups similar apps into folders for you and re-arranges the icons so the most frequently-used apps are on the first home screen

Shine: the iPhone 5S comes with a cleaning cloth. Did you expect it would clean itself? That feature is part of the iPhone 5C, according to the Apple rumor blogs

Sustain: the iPhone 5S speakers give guitar playing apps a wonderful “sustain” in their sound (just listen to the sustain)

Standardize: the iPhone 5S Siri voice feature now pops up once a week to talk you through a 5S audit of your iPhone 5S, as shown below I'm sure every hyper-efficient Lean thinker will join me in waiting in lines for hours to get this new and incrementally-improved phone (Kaizen!). This guy got in line waaay ahead of me.

How do you plan on using your new iPhone 5S to make the world more efficient?

You might ask, “Why aren't you going to use the iPhone 5S to also improve quality?”

Silly — that's what the iPhone 6Sigma will be for! 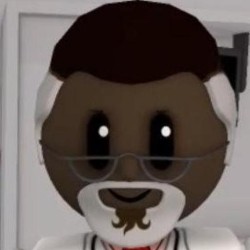 Dr. Les Muda
Les Muda, MD FACHE FART FACPhelps heal patients with the healing power of laughter – that and a large toolbox full of orthopedic surgery instruments.After graduating from Hartford Medical School, the Ohio College of Clown Arts, and the improv studies program at the Second City (Kankakee extension campus), Dr. Muda has practiced for the last 30 years within the Kaizen Continuente health system near Las Vegas. Dr. Muda occasionally performs as an opening act at numerous casino show rooms and as a featured performer at the Funny Bone in Boulder City, NV. Dr. Muda asks that you not make cheap jokes about an orthopedic surgeon performing at the Funny Bone. He has heard it before. His time is valuable.

Dr. Muda has four unflinching Toyota-based principles in his act and his life:

Lean & the “Work-Out” Process in Healthcare – Success, My Questions, and Your Experiences