New Book by @PaulFLevy – “Goal Play!” with Lessons for Healthcare 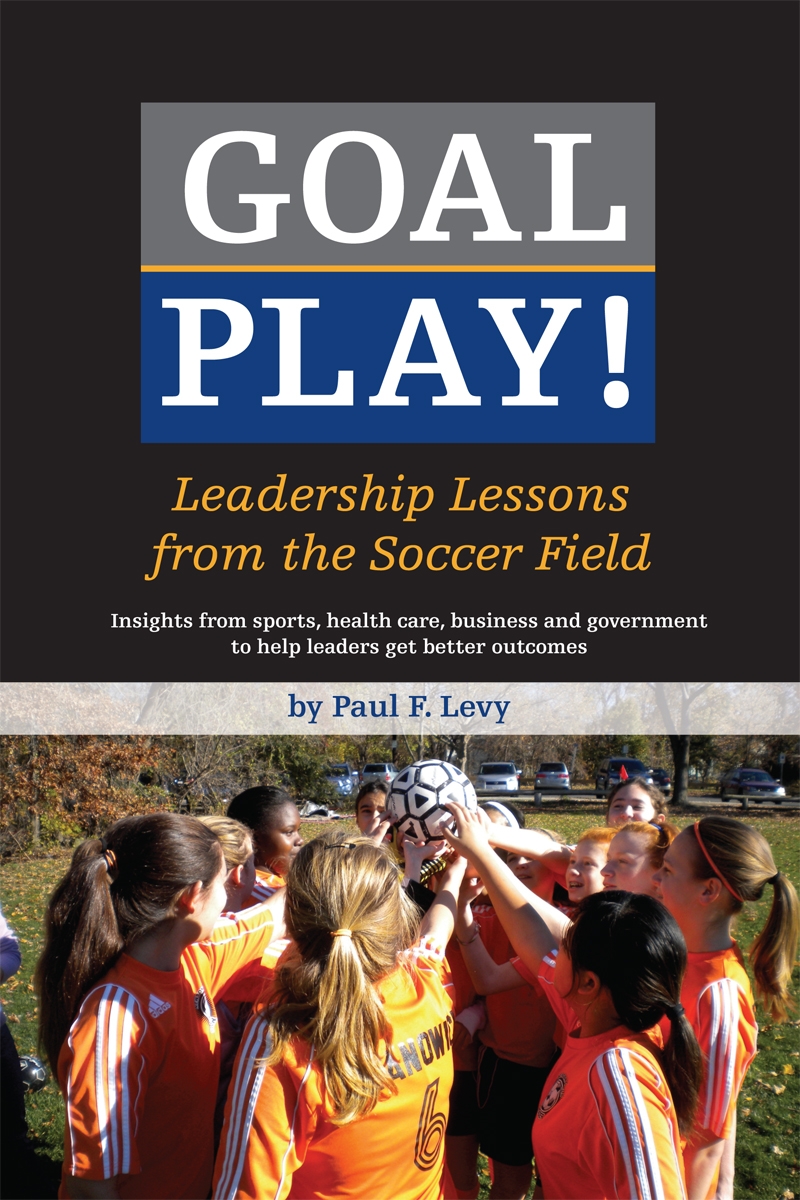 Paul Levy, the former CEO of Boston's Beth Israel Deaconess Medical Center, is a long time friend of mine and this blog (read his ongoing blog here although he's no longer “Running a Hospital”). I've been meaning to blog about it for a while… it's still a relatively new book that Paul has published (a few months ago) called Goal Play!: Leadership Lessons from the Soccer Field

(available in paperback and Kindle formats).

Paul weaves together management lessons from his previous industries, including government and healthcare, with lessons from coaching youth soccer.Books like this run the risk of being corny in making analogies between sports and something in work life, but the girls' soccer analogies are used smartly to tee up the points of each chapter — I've really enjoyed reading his book.

There's a great story in chapter 1 about organizational inertia and the dreaded phrase “it's always been this way.”

He was given a lot of answers about how efficient the process of cleaning up after this weekly accident had become. I guess that's example of doing the wrong thing better — or not doing the “righter” thing… actually preventing such accidents.

To his credit, the leader asked what they could do to actually prevent the accident.

While being told it wasn't possible, he pushed and prodded until they found a clever countermeasure that worked – it involves rubber signs and cowbells (!). The cowbell provided an auditory warning that the driver had hit the rubber sign… as an indicator that they would hit the less-flexible bridge if they didn't stop.

The number of accidents fell from one a week to just one a year.

There are, of course, great parallels to leadership and improvement in healthcare.

Is it just inevitable that a certain number of patients are going to get hospital-acquired infections? Or fall? Or have the wrong side operated on? Do we need to just get better about cleaning up the problems (or apologizing for them, as some Massachusetts hospitals are doing)? While apologizing for an error might be the downright decent thing to do (better than lying or stonewalling), shouldn't we do more to PREVENT healthcare harm?

Leaders like Paul Levy (and Paul O'Neill, listen to my podcast with him) challenge organizations to work toward perfection as the goal. We can't settle for “the way it's always” been.

Are Suggestion Boxes Really Going Away? What Say Amazon?

Even with “ObamaCare” Upheld, Much Hard Work Remains to Protect Patients and Make Care Affordable

Auctioning “Healthcare Kaizen” for a Good Cause

A New Book (Enter to Win!) and an Upcoming Webinar by Karyn Ross