Just Throw Everyone in Jail, Then 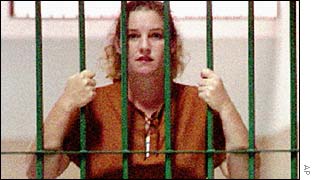 It sure is easier to think that medical mistakes are as simple as one person being criminal, or negligent, or incompetent. Let's assume it's that easy to assign blame to one individual who is part of a complicated system.

MADISON, Wis. – By most accounts, nurse Julie Thao helped hundreds of women giving birth during a 15-year career. But a drug mix-up that led to a death may send her to prison, frustrating fellow caregivers.

Prosecutors filed a felony charge against Ms. Thao, igniting a debate over whether medical professionals who make unintentional yet deadly mistakes should face criminal charges, on top of civil punishment from victims and regulators.

Officials say the charge against Ms. Thao reflected a series of dangerous decisions she made that led to the July 5 death of 16-year-old Jasmine Gant, an expectant mother whose 8-pound baby boy survived.

Jasmine died after Ms. Thao mistakenly gave her a dose of epidural instead of penicillin to treat a strep infection during labor. The epidural, a potent pain reliever used during childbirth, caused Jasmine to go into cardiac arrest and die within hours.

A woman is dead. But is throwing a nurse in jail the right response? Does that help prevent any other medical mistakes? Likely not. This nurse had a perfect track record. As with many systemic errors, it's a matter of chance: wrong place/wrong time for the patient and for the caregiver.

Don't get me wrong, I'm not making excuses for people. People make mistakes. Maybe she should have been fired. But throwing her in jail doesn't seem to help anyone. What about management's responsibility for quality, for making sure processes are sound and that standard work is being followed?

Of course she didn't want to make an error. That last part of the quote is haunting… it could happen to any of us.

Among them: retrieving the epidural from a locked storage unit without a doctor's order, failing to scan the medication in a computer system that would have detected the mix-up, and ignoring large warning labels on the epidural.

Ms. Thao also injected the epidural too fast in an effort to save time, hastening Jasmine's death, and failed to double-check the patient, route, dose, time and medication, the complaint says.

It's clear that the nurse made mistakes. But again, isn't it the hospital administration's job to make sure the nurse is doing things properly? The CEO isn't facing indictment. Deming said top management is responsible for quality, I'm sure that would have applied to hospitals.

How long was this nurse, and other nurses, cutting corners to get stuff done, to work around bad processes? How many times did a nurse complain about not being able to get drugs? I bet this same set of circumstances happened before — people not following standard work — and where was administration to notice? For each safety death, there's usually plenty of near misses that might have led to process improvement, to avoid the death. If management is looking for standard work, you can pre-empt problems BEFORE a near miss or a death (google the concept of the “safety pyramid”).

Stories like this always involve an overworked or tired nurse. Where is management's responsibility to remove waste from the system or to staff properly so staffs aren't overburdened? This is the concept of “Muri” — overburdening people should be avoided in a lean system. Muri leads to mistakes.

I've seen hospitals where the staff is chronically overburdened because nobody is (yet) looking at process improvement and reducing waste. Instead, they keep the patient:nurse ratios the same. If staffing is short, instead of reducing waste, they close beds, meaning they provide less medical care to the community.

Again, I'm not making excuses for the nurse. She screwed up. But, the system screwed up. Management screwed up. The system and management aren't going on trial. If we throw everyone who ever made a mistake in jail, we'll still have mistakes and further deaths, because we aren't always fixing the system.

What's criminal is if EVERY hospital in America doesn't review this case and the circumstances involved. Do an FMEA activity and improve your process to make sure this exact same error and death doesn't occur in YOUR hospital. Otherwise, you'll have to count on being lucky. It could happen to anyone.