Mark's note: Christina Kach is our guest blogger today, with a post written on a flight back from visiting what's considered to be one of America's best Lean companies/factories.

A big part of Lean practice teaches us to find the real root cause in a problematic situation. This way when you are fixing something, you are fixing the real issue, not a symptom, and you are preventing it from returning.

During a discussion about the causality behind Lean programs that failed or faltered, I started thinking about the root causes of why this occurs.  This topic is not new, it can be found in various books and articles, but I think the reasons can boil down to a further root cause or causes.

Here's what I'm proposing. The root cause of issues in Lean practice is: Defense. As in being defensive. Commentary from the Lean community is often that principles taught are common sense. And in so many ways, they are. However, “common sense” has to battle human nature and natural reactions to fight back. We have defense mechanisms against changes to the status quo, a fight or flight mentality when we sense danger (in this case, to the way we typically work or the current state). Below are a few thoughts to illustrate my proposal.

Firefighting: People say, “Lean won't work here, our time is spent firefighting.” Ok, so why does firefighting happen? What is the root cause of this? Typically, a manager has called with a request that wasn't on plan – so you are trying to save yourself by acting promptly to remedy or perform. Self Defense. An unforeseen problem happens on the manufacturing floor, disrupting plans and changing individual action items for the day. They head off to firefight to defend. Defend their skills, jobs, and of course, defend the product or process itself from harm, delay, or further issues.

Avoiding Red: We've all seen this one – avoiding putting any red numbers up for metric reports. In non-Lean cultures, the red is bad; you missed a target, you failed at a goal, you aren't performing (either individually or as a team). Those in a Lean mindset know red isn't awful, it is simply highlighting the next improvement focus. However, without that culture, red numbers will continue to be cause for value stream leaders and front line managers to go before “the man” and defend themselves or what went wrong. Instead, red should be fostering a conversation of how to make it better. No one should have to be scared to present a red metric.

Constructive Conflict: This concept isn't just common in Lean thinking, but appears in many effectives leadership tomes: allow for an environment of good conflict. Good conflict? Yes, it can exist in a trusting atmosphere that appreciates moving ideas and projects forward through diverse viewpoints and sharing of ideas. A whole section of Patrick Lencioni's Book The Five Dysfunctions of a Team dives into this concept.

At work, we share lessons learned among teams, and brainstorm great ideas through leveraging a variety of opinions and knowledge. Teams that cannot foster this, instead having tense discussions and battling of ideas are falling prey not only to a less than trusting team atmosphere but also a culture of defending your thoughts. We've all been there; a great idea, you thought, falls flat in the ears of your teammates. You go on the defensive to support your idea, and possibly shut your mind to be open to another employee's thought. Or vice versa, if your idea isn't embraced because your teammates are so adamantly defend theirs, you'll not feel heard with a valuable opinion.

Talent, or human knowledge, is commonly referred to as an “8th waste.” If we generate tense situations that only bring out idea defense and not idea discussion, we are guilty of wasting the talents of our people.

Time: People also say, “I don't have time for Lean.” Nothing makes a Lean minded individual shutter quite in the same way as that simple sentence. If we break this comment down to its most raw form, people are defending their time and schedules. I don't have time can often translate into: I don't want more to do. Again, protecting already full plates from spilling over and defending against more time being removed from days that, in this culture, are stretching far over the typical “8 hour day.”

Don't Like Change: And if we can pick a second most irksome phrase, it would be people who don't like change. You know the point I'm going to make here; people are defending what they already have, what they already know they like and what works for them, protecting a status quo that they likely had a hand in building and want to maintain. They are defending their world from being turned upside down.

Takes too long to see results/It won't work here: And taking the bronze medal for 3rd in the most annoying excuses: takes too long or won't work. We are afraid of wasting our time on something that may not work, or trying and failing. All valid concerns. Or, as I've recently learned (because you are never done learning in a Lean journey), that is as understandable attitude, but not acceptable. Here, we are defending against a letdown or disappoint, that we've tried something and didn't come out victorious.

The best offense is not a good defense (in a Lean case, not so much for the Seattle Seahawks). Rather, let's countermeasure the “defense” strategy that is in place to resist Lean. The competitive advantage of Lean is making improvements and getting closer to goals – and that is what will make a winner. Just don't get too complacent; keep driving and improving.

Christina invites you to connect with her via Twitter (@ChristinaKach) or at her blog for young professionals www.catchcareers.com. 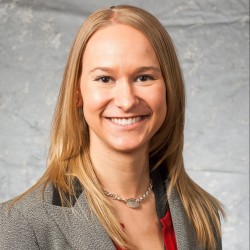 Christina Kach
Christina Kach is a Senior Business Analyst on the Continuous Improvement team for a financial services company in Boston, Ma. Christina held her first Lean position as in intern in 2006. Since then she has continued to seek out varied roles of increasing responsibility and actively pursues further Lean education. She recently held the role of Continuous Improvement Lead for a Government Defense Company based in Massachusetts, focusing on Lean implementation and process improvement in a manufacturing environment.

The Business, the Science, and the Continuous Improvement of “Bar Rescue”

Belated Book Review: The Machine That Changed The World