Mark's note: Ah, another NFL playoff weekend and time for another football post to follow up my apparent jinxing of the Eagles' head coach Chip Kelly last week. Today's guest post from Chad Walters is an intersection between sports, medicine, and Lean.

The NFL's policy regarding diagnosed concussions – the “Madden Rule” – requires that players diagnosed with concussions on the sidelines or field of play must be taken away from the field to the locker room or somewhere else that's quiet as quickly as possible.

However, the medical staffs and coaches of the Packers and Saints failed to accomplish this, even taking on serious risk of exacerbating the problem by allowing a concussed player to return to action. If it's a requirement, why wasn't it followed?

From a letter sent to all NFL team doctors and trainers from Dr. Hunt Batjer and Dr. Richard Ellenbogen, the NFL's head, neck, and spine committee chairmen:

“If a player refuses to follow your advice and leave the sidelines after being diagnosed with a concussion, we recommend that the head athletic trainer seek assistance from the player's position coach (or another member of the coaching staff) or from another team official to remove the player from the sidelines as soon as possible.”

However, the doctors also found no fault in the medical staffs in their handling of the situation, according to the same letter and no fines will be levied for violation.

When the policy is referred to as a rule, but it's based on following “advice” and “recommendations” in order to be enforced, it ceases to be a rule and more of a guideline.

The ideal outcome of the concussion testing process should be if a player is diagnosed with a concussion he is relocated to the locker room, but the success of that current process is based on rules adherence instead of something with teeth that can't be violated – sounds like an opportunity for poka yoke (or error proofing)!

The hierarchy for reducing the opportunity for error is:

The higher up you can go in that hierarchy, the better off your process should be. The process is also as strong as its weakest link, and even though the concussion protocol uses a checklist for testing players, a rules-based enforcement that is easily violated means that the process is weak as well.

What the NFL should look to implement is higher-level poka yoke measures to better ensure that players leave the field in a timely manner. Here are some examples of ideas.

Much like the teams use an independent neurological observer to apply the concussion assessments on the sidelines (not affiliated with the teams, so as to reduce team bias and influence) the NFL teams could also use independent escorts who make sure players leave the field instead of relying on busy position coaches who are too focused on the game to “advise” players to leave.

The teams and players in this incident were not fined for violating the protocol – why not? While I am not an advocate of negative punishments for bad outcomes (nor should any continuous improvement practitioner be) I believe there should be immediate team consequences for taking risks with players' health that go beyond simple fines. (Have you seen the figures on how much the NFL rakes in? A fine is not even a drop in the bucket.)

What if those independent operators (the neurological observer and player escorts) indicate to game officials that a player is no longer eligible to return and the game is stopped until the player leaves (or begins to leave) the sideline? And if he does not begin to leave in a timely fashion his team receives either a yardage penalty or loss of a timeout in order to make sure he leave the field? An actual impact on the game at hand will definitely encourage managers to put priority on taking care of concussion-diagnosed players, wouldn't it? Chad Walters  is a Lean consultant and owner of  Lean Blitz Consulting  in Augusta, Georgia, a firm focused on continuous improvement for small businesses and  sports organizations. He has run projects for the  Atlanta Braves, the Salvation Army, Automatic Data Processing (ADP), Eaton Corporation, The Dannon Company, and the South Bend Silver Hawks among other companies. He has been practicing Lean and continuous improvement for over eight years, is a Six Sigma Black Belt certified by the American Society for Quality, and received his MBA from Indiana University's Kelley School of Business, where he was a member of the Kelley MBA Sports & Entertainment Academy.  Check out his blog… 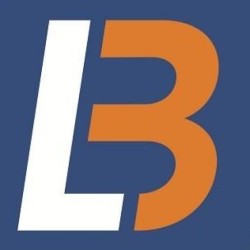 Toyota Tour Thoughts – Yes, They Have Opportunities for Kaizen

The Power of Asking “What Do You Think?”