By Mark Graban On Feb 25, 2009 Last updated May 25, 2011
5
Share FacebookTwitterLinkedinPinterestEmailPrint

Saw an article yesterday about Campbell Soup sales falling because retailers, including Wal-Mart were being more efficient in their supply chain and inventory management. Makes sense to me.

Tom Schoewe, chief financial officer of Wal-Mart Stores Inc., told analysts last week that the company “clearly exceeded our objective of increasing inventory at half the rate of our sales growth.” Earlier in the month, Kraft Foods Inc. reported that sales in its fourth quarter took a hit as retailers such as Wal-Mart cut inventories.

Wal-Mart could have better forecasting or more frequent deliveries — tactics that would support sales growth with relatively less inventory.

Poor Wall Street analysis was flummoxed — why do they earn so much again for their “insights”?

Still, analysts were baffled that supermarkets would curb their orders for condensed soup during the height of soup season, especially because it is a high-margin product.

“What do these retailers say to you guys? Do they just say, ‘Hey, we just didn't want the sales?' Because it seems to make zero sense,” Citigroup analyst David Driscoll said during the earnings conference call.

Mr. Driscoll — do you not understand that Wal-Mart could possibly be selling just as much, if not MORE soup, while Campbells sells less to Wal-Mart? Do you understand how supply chains work? 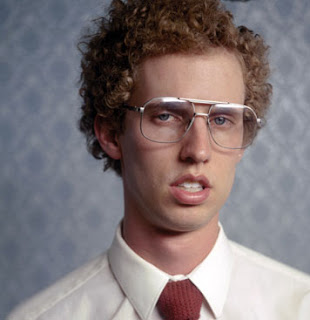 If Wal-Mart has reduced inventory, that hurts Campbells in the short term, but it doesn't mean Wal-Mart says “we don't want the sales.” Quoting Napleon Dynamite…. Gosh, Kip, this guy's a flippin' idiot!

He, and other analysts, should have taken an MBA operations course or they should play the Beer Game. Or he can keep drinking real beer from his gold-plated Citigroup goblet that I picture him having.

Lean Healthcare Around the World