Roger Smith passed away at age 82. While he was demonized by Michael Moore and he's been criticized here for his “lights out factory” vision, Roger Smith tried many innovative things.

Jim Womack is quoted as saying:

“To his credit, he knew something was wrong there, so he began an age of frantic experimentation,” 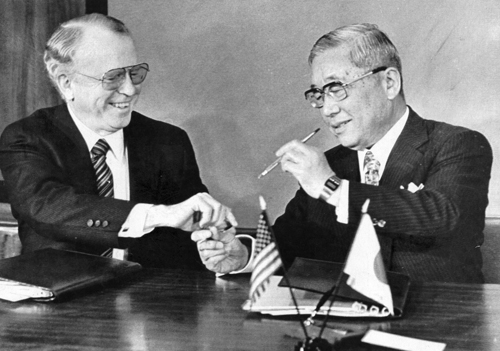 Smith should be remembered for reaching out to Toyota's Chairman, Eiji Toyoda, leading to the creation of NUMMI. That paved the path for Toyota's North American expansion. (Detroit News photo)

This has most certainly been good for the spread of Lean beyond the automotive industry, the realization that Lean is not a “Japanese system.”

NFL Scoring is Up, An All-Time High, But is it A “Signal” Worth…