The Power of Your Vote

In 1776 , Thomas Jefferson, Benjamin Franklin, John Adams, Roger Sherman, Robert R. Livingston (also known as our nation's founding fathers) authored the Declaration of Independence. Its purpose — to serve as a guiding light of the principles on which our government and our identity as Americans are based.

Unlike other founding documents, such as our Constitution and its preceding Bill of Rights, the Declaration of Independence is not legally binding, but it is powerful. We're all familiar with its Preamble which bears witness that all men are created equally, and we have the unalienable Rights to life, liberty, and happiness.

What a powerful and timeless message this sentence conveys. I don't think America's founding fathers knew how prophetic those words would be centuries later and how the quest for equal rights still remains a struggle for Blacks in America.

Jefferson, Franklin, Adams, Sherman and Livingston set out to build a frame of government for the new United States of America, but they failed to acknowledge the land in which they laid their foundation was so unstable that before the ink of their signatures had dried, the seeds of systemic racism had been planted.

I wish I could have just an hour with the authors of the Declaration of Independence and the Constitution for that matter, so I could ask them if as they were putting pen to paper did they fully realize that they along with their colleagues were in the midst of crafting a crime against humanity so horrific that it would forever hinder our nation's race relations.

We are currently in an uphill battle trying to find a solution to identify the root cause, dismantle and eradicate the effects of systemic racism.

Richard Albert in the June 2020 issue of The Hill states “the United States Constitution protects rights and liberties, but its gender and racially oriented language undermine the promise and equality it proclaims.”

He goes on to say,

“It's gendered and racist words stand in the way of true reconciliation in this divided country and have no place in modern society.”

What Albert so artfully articulates is deeply rooted in the context of the 14th Amendment. No part of the Constitution speaks more forcefully to the power of law to transform social relations. The 14th Amendment, approved by Congress in 1866 and ratified in 1868, granted citizenship to all persons “born or naturalized in the United States,” including former slaves, and guaranteed “equal protection of the laws” to all citizens.

This is all well and fine, but in 2020 it's time for us to honestly examine how accurate this law really is. Watching local and national news whether on CNN, MSNBC, or Fox and looking at the recent protests and demonstrations, I think it's safe to say we have some work to do in this area.

Also, the US Constitution in Article IV, Section 2, Clause 3, had once upheld the Fugitive Slave Act which required escaped slaves to be returned to their owners and then when it was deemed unconstitutional. Congress enacted the more stringent Fugitive Slave Clause of 1850.

Frustrated that men and women in the north were helping escaped slaves make their way to freedom, the Fugitive Slave Clause required not only did escaped slaves, upon being captured have to be returned to their masters, the law stated that officials and citizens of free states had to cooperate.

Now mind you many would say after the 13th Amendment was enacted these laws held no more validity, but I believe it would be safe to say that the trauma caused by these laws and the horrors experienced, remains a powerful reminder of the numerous racial injustices that have been imparted among Black families today.

That's all well and fine but how did Black people fare?  In 1870, Congress passed the last of the three so-called Reconstruction Amendments, the 15th Amendment, giving Black men the right to vote.

But in looking at the history books, this Amendment ushered in nearly a century of state-imposed discrimination and enabled a campaign of terrorism that deprived Blacks of basic rights that, on paper, the post-Civil War amendments were supposed to guarantee.

So, where does this leave us in our quest to dismantle systemic racism and create a government where every constituent has equal access to life, liberty and the ability to pursue the happiness they desire?

I believe it begins with strong self-exploration and admitting that the problem is more rooted than we truly realize. Our elected officials and those who have taken an oath to serve on a local, state and federal level need to fully understand that our nation was founded on rocky soil and that unraveling the inequities that are woven into the fiber of our nation is not an overnight process.

It will take decades and decades to unravel and comprehend the damage created by America's founding fathers.

In order to do so, we must take time to step outside of our comfort zones and sincerely learn and engage genders, cultures, religions, and races outside of our own. Our government holds an unprecedented power and the decisions of today impact generations of tomorrow.

One thing I will add is the time has come for us to hold both our Black and our white elected officials to a higher standard. The effects of Covid-19 coupled with our nation's unrest has ripped the Band-Aid off of the racial disparities that exist and the wound is hemorrhaging like never before.

In the past we could drop in on our elected officials or we'd run into them at a community event. This accessibility no longer exists, but the need for your voice to be heard is paramount.

We all must identify new paths to engage and monitor the activities of those we have elected to govern on our behalf.  Most elected officials utilize social media as a means to communicate with constituents. Do you follow your city, state and federal legislators? When was the last time you sent them an email, a message via Facebook, Twitter, or LinkedIn?  Do you fully understand the power of your vote and how voting or not voting can alter the course of history?  Your tax dollars pay the salaries of our legislators. Are they earning their paycheck?

We cannot undo our history but we can learn from it, understand the historical interpretation of it and govern ourselves in a way that shows empathy for the harms caused by laws that were made by a group that lacked the racial and gender diversity that we require of our thought leaders of today.

These truths are self-evident, and it will be up to each and every one of us to hold our elected officials accountable and ensure that the laws and policies they are enacting will truly uphold and provide justice for all. 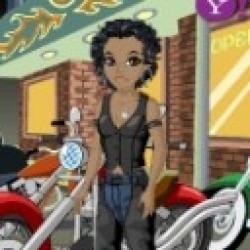 Denise Herd is the founder and president of herd Strategies, a full-service public relations firm, headquartered in downtown, Indianapolis.Upon its founding, Herd Strategies quickly developed a reputation for being the go-to firm for companies or individuals looking for common sense solutions to solve complex marketing, public relations, and community engagement issues. Her unique ability of identifying the root cause of problems impacting the effectiveness of an organizations communications efforts has resulted in transformative strategies that consistently separate her clients from the competition and yield a strong return on investment.

Outside of the business, Denise is a highly sought-after public speaker and workshop facilitator.She is passionate about developing businesses and is a certified facilitator of the Kauffman Foundation FastTrac New Venture and Walker’s Legacy Prospectus programs guiding startup entrepreneurs through all phases of business ownership.She currently serves on the board of directors of Local Initiatives Support Organization (LISC) the Allen University foundation and Summit Indianapolis, a feminist theatre in Indianapolis, and chair of the Indianapolis Chamber Women’s Business Advisory Council. She is a graduate of the Stanley K. Lacey Executive Leadership Series, and an adjunct professor with the IUPUI Department of Journalism.

Denise is the recipient of numerous awards including the Indianapolis Business Journal Woman of Influence, the Alpha Kappa Alpha Sorority, Inc. Peggy LeCompte Award for Outstanding Journalism and Communications, the Pass the Torch for Women – Ignite the Torch Entrepreneurship Achievement Award, the 100 Black Men of Indianapolis Four For the Future Award, the Public Relations Society of America - East Central District Diamond Award, the Public Relations Society of America - Hoosier Chapter Pinnacle Award, the Monumental Entrepreneur of the Year award from the Indianapolis Chamber, and the International Association of Business Communicators Gold Quill Award.

She holds a Bachelor of Arts from Clark-Atlanta University and a Master of Business Administration from Indiana Wesleyan University.

The Challenge: Reducing the Impact of Racism in Healthcare Do we have the Courage to Lead this Work?

Sharing our Visions and Voices to #RootCauseRacism in Government: A Formula for Success